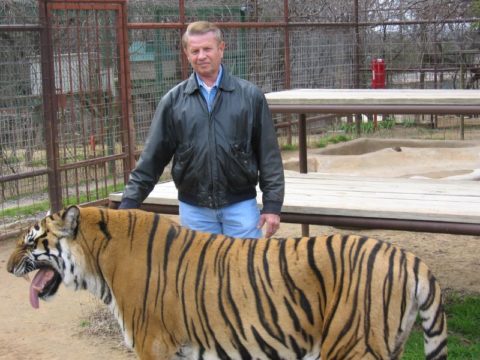 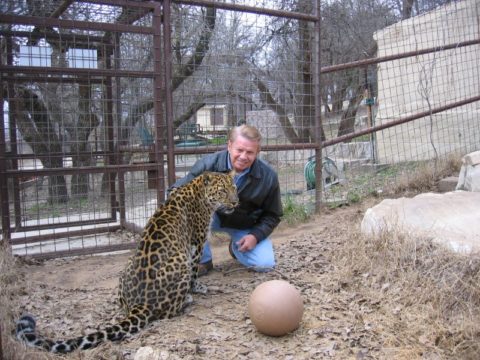 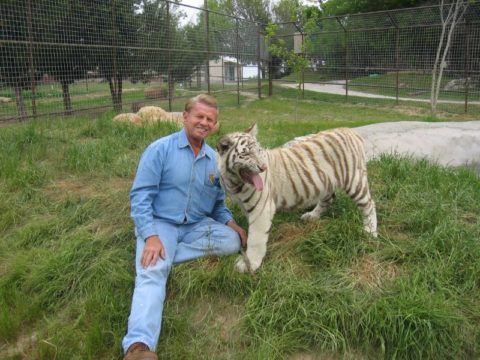 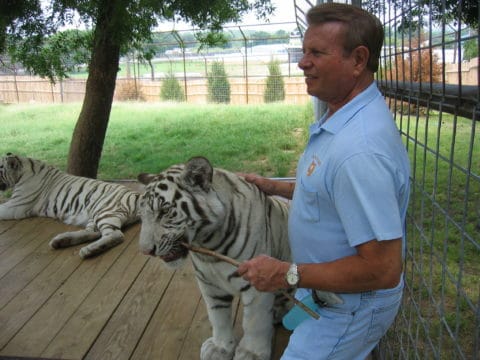 The Truth About Animal Emotions

I have utilized my affection and positive reinforcement methods now with many types of animals, both wild and domestic. I have been quite pleasantly surprised on many occasions by the acceptance and receptiveness of even large exotic cats that were previously mistreated. I have felt the desire to share this procedure and methodology with those that would benefit from it-and therefore give the animals affected a better life-for quite some time. Thus the purpose for this website was generated.

My technique, while somewhat modified from animal to animal, is founded on the concept that the higher forms of mammals have more common personality traits with humans than differences. They experience all the same emotions as do we: love, hate, anger, irritation, frustration, affection, jealousy, and resentment. One trait we have that they don’t have is inhibition. That is significant, and it explains why many times one hears about a wild animal harming a human with whom the animal has a relationship. It does not “turn” on a human, as the term is often used. It simply is angered, agitated, or irritated-or worse-by the action of the human at that particular time. Since the wild animal has no inhibitions it will strike out impulsively, although it might well be loving and affectionate an hour later. Often the irritation or agitation is caused by external events of which the human may not have been aware such as a stranger that upset the animal, a noise that bothered it, or perhaps even changes in weather that caused agitation.

Wild animals are always wild. It takes many generations of domestication to create a domestic animal. For instance, wolves began being domesticated to make dogs around 15,000 years ago. It is a mistake to think that, because one raises a baby wild animal from a cub, they will have anything approaching a domestic animal or one that they can really control or train in a home setting. That misconception has fostered many abandoned and confiscated wild animals that have no good options for a future life. If they are very lucky they might end up in a sanctuary where they will have a safe and secure life, although it may not be a happy one if they are kept in cramped enclosures or cared for by inexperienced caretakers. Unfortunately, there are many more needy wild animals that are the result of such mistakes than there are good sanctuaries able to take them.

Even with domestic animals, there is a better way than the old concept that dictates the need to dominate and control an animal in order to live with it. While animals such as dogs and horses are social animals with an inherent and instinctual social hierarchy that needs to be considered, it is not necessary to use the physical force heretofore considered necessary in order to be the “leader of the pack.” Respect is not achieved by physical force. It is achieved by strength of personality and the desire to please the one who is respected. I find that all animals can be trained through their desire to please. But, first one must deserve that respect and earn the animal’s desire to please. The caveat to this method is that, just like us, each animal is an individual. Just as there are people that don’t conform to any social structure, there are animals that just don’t desire to please a human or even want human companionship on any level. There are anti-social animals, just like people. One must recognize when they encounter that situation and accept it.

On the various pages and sections of this website you will find stories and examples of how this methodology of positive reinforcement and affectionate interaction has had a very positive effect on the lives of many animals with whom I’ve been privileged to share time and space. And, how it has blessed me with a life in which I’ve truly lived my dreams of living in harmony amongst the most worthy and admirable beings one could hope to encounter.

My world is a magical place where dreams and fairy tales really do come true. I have been blessed with the ability to live my dream of sharing time and space in perfect harmony and tranquility with wild predators and other wild animals. The time I spend with the big cats, especially, is like meditation for me; probably my pulse and blood pressure are at its lowest for the day during that time. Do not think you can enter this world easily, however. I’ve spent a lifetime developing the ability and mindset to allow me inside the world of pure emotions and feelings in which I now live. In order to begin one’s journey towards this world, first you must rid yourself of the desire to dominate, desire for things to be your way, ego, secondary agendas, impatience, and lack of focus. In addition, you must have the desire to learn as much as you can, the ability to realize you never know as much as you think you know or need to know, and you must have purity of purpose. If not, the animals will sense it immediately and reject you-or worse-and you will never enter this magical world, plus you might find yourself seriously injured.

Louis Dorfman was previously Chairman of the Board and Animal Behaviorist at International Exotic Animal Sanctuary and has been associated with this facility for 25 years.

He has worked with many species of wild animals for over 60 years, both in protected and unprotected contact. At IEAS he rehabilitates exotic cats that have been abandoned, abused, and/or confiscated and in most cases changes the reactions of the cats to humans from one of fear and hate to an attitude that the humans are there for security and support for the resident cats. Over the years, he has worked with over 150 exotic cats at the sanctuary alone.

He also worked with the 31 black bears that were all orphaned and placed with the sanctuary by state agencies. He habituates the bears so that they are habituated with their human caregivers while remaining essentially wild bears in their 10 acre compound.

He has made appearances on all national in many international television networks including ABC, NBC, Fox News, CNN, BBC, and E! Networks on various animal issues. 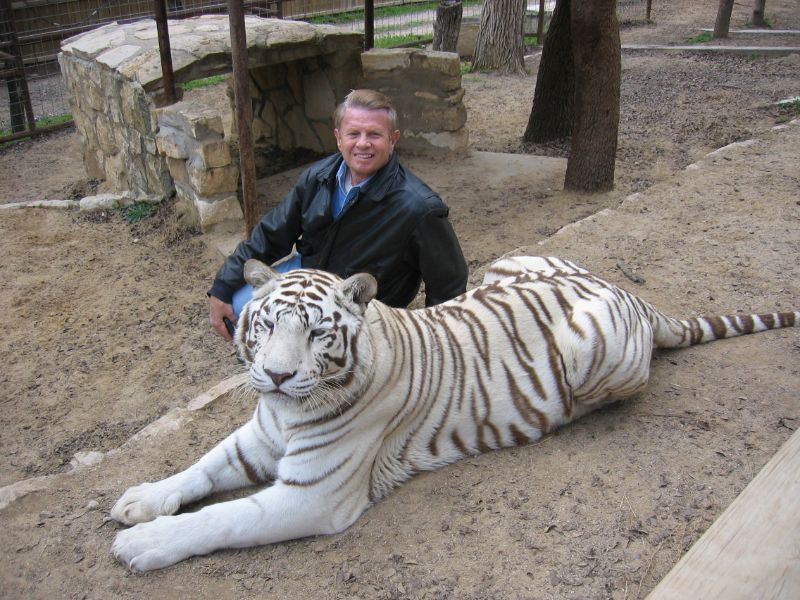