I have spent a great many hours a week throughout my life in the company of many, many varieties of animals, and I feel that they are the most mischaracterized beings in the world. 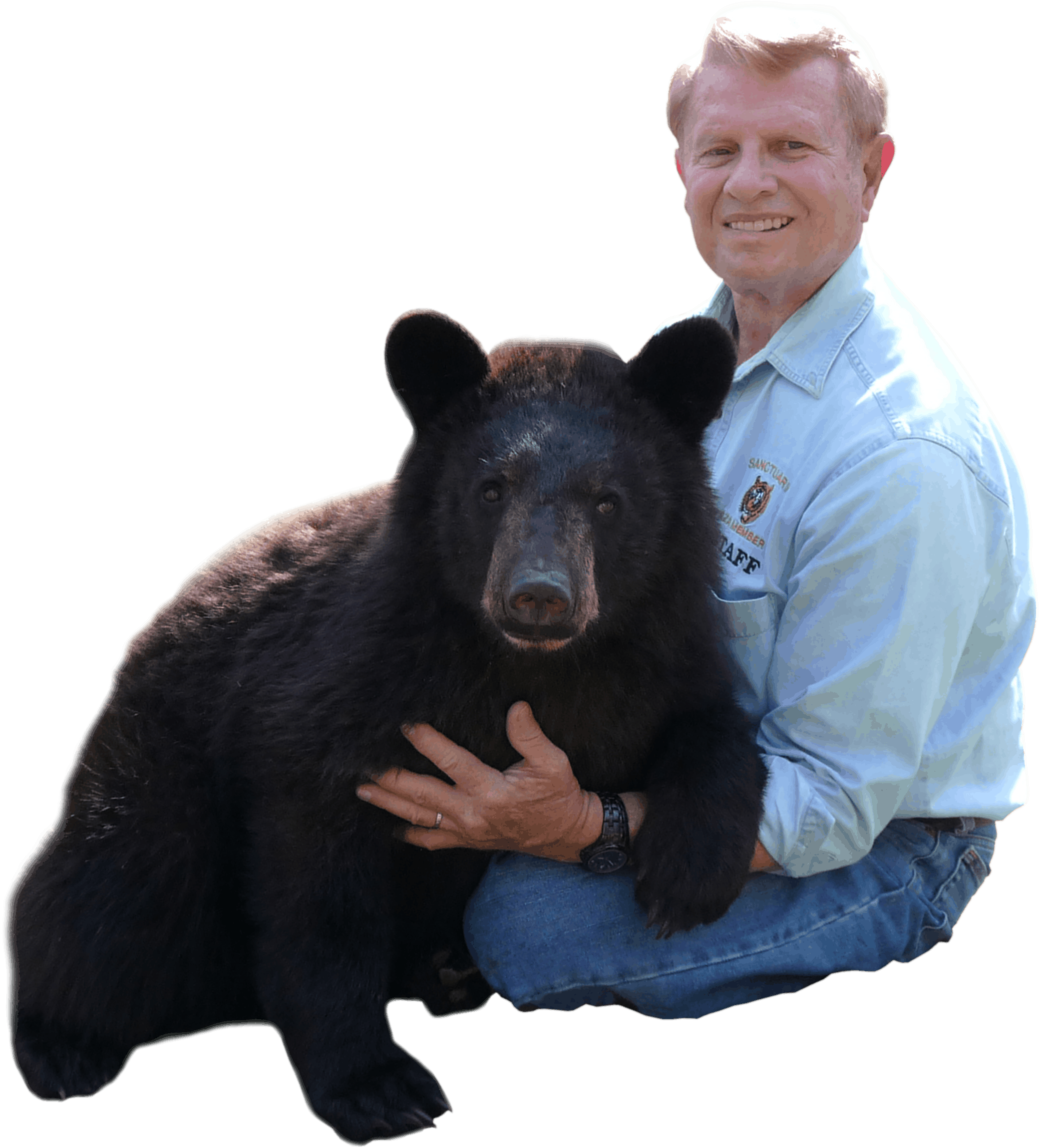 Animals need to be understood by their Caregivers

Louis Dorfman, the self-trained animal behaviorist, who has spent most of his life with wild animals, including unprotected contact with over 100 tigers, over 50 lions, and over 30 bears of various species, and has developed the accepted approach he has styled Emotional Enrichment, which involves no discipline and no rewards; just emotional bonding, and which has been accepted by the zoo community.

Louis Dorfman was previously Chairman of the Board and Animal Behaviorist at International Exotic Animal Sanctuary and has been associated with this facility for 25 years.

He has made appearances on all national (and on many international television networks) including ABC, NBC, Fox News, CNN, BBC, and E! Networks on various animal issues.

My entire adult life I’ve been developing a method that is non-adversarial and more respectful for use in interaction with all animals, but particularly wild animals. My desire has been to live in harmony with animals through techniques that emphasize affection, love, and mutual respect. I have always believed that the older traditional concept that one needs to dominate and control an animal—particularly with physical discipline—in order to have a satisfactory relationship is fundamentally flawed as well as inappropriate. 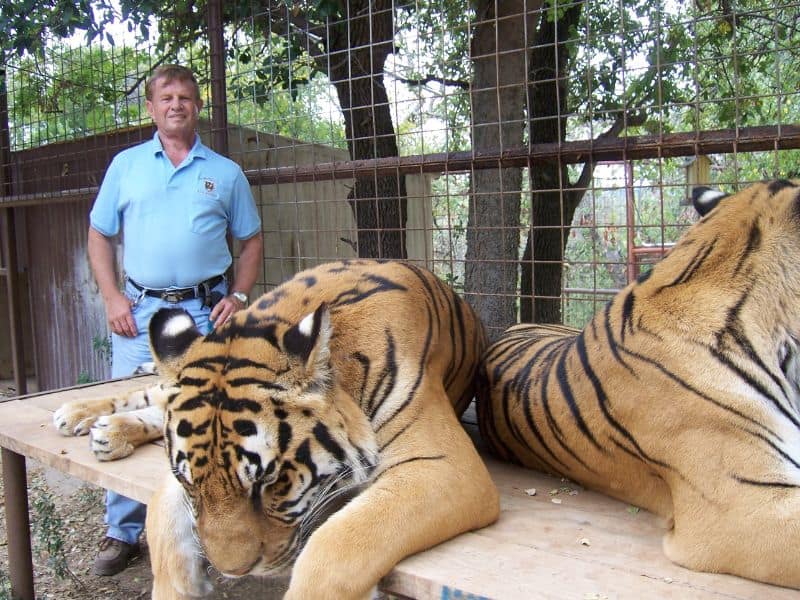 I have utilized my affection and positive reinforcement methods now with many types of animals, both wild and domestic. I have been quite pleasantly surprised on many occasions by the acceptance and receptiveness of even large exotic cats that were previously mistreated. I have felt the desire to share this procedure and methodology with those that would benefit from it—and therefore give the animals affected a better life—for quite some time. Thus the purpose for this website was generated.

My technique - Modified from animal to animal

My technique, while somewhat modified from animal to animal, is founded on the concept that the higher forms of mammals have more common personality traits with humans than differences. They experience all the same emotions as do we: love, hate, anger, irritation, frustration, affection, jealousy, and resentment. One trait we have that they don’t have is inhibition. That is significant, and it explains why many times one hears about a wild animal harming a human with whom the animal has a relationship. It does not “turn” on a human, as the term is often used. It simply is angered, agitated, or irritated—or worse—by the action of the human at that particular time. Since the wild animal has no inhibitions it will strike out impulsively, although it might well be loving and affectionate an hour later. Often the irritation or agitation is caused by external events of which the human may not have been aware such as a stranger that upset the animal, a noise that bothered it, or perhaps even changes in weather that caused agitation.

Wild animals are always wild. It takes many generations of domestication to create a domestic animal. For instance, wolves began being domesticated to make dogs around 15,000 years ago. It is a mistake to think that, because one raises a baby wild animal from a cub, they will have anything approaching a domestic animal or one that they can really control or train in a home setting. That misconception has fostered many abandoned and confiscated wild animals that have no good options for a future life. If they are very lucky they might end up in a sanctuary where they will have a safe and secure life, although it may not be a happy one if they are kept in cramped enclosures or cared for by inexperienced caretakers. Unfortunately, there are many more needy wild animals that are the result of such mistakes than there are good sanctuaries able to take them.

Respect is not achieved by physical force

Even with domestic animals, there is a better way than the old concept that dictates the need to dominate and control an animal in order to live with it. While animals such as dogs and horses are social animals with an inherent and instinctual social hierarchy that needs to be considered, it is not necessary to use the physical force heretofore considered necessary in order to be the “leader of the pack.” Respect is not achieved by physical force. It is achieved by strength of personality and the desire to please the one who is respected. I find that all animals can be trained through their desire to please. But, first one must deserve that respect and earn the animal’s desire to please. The caveat to this method is that, just like us, each animal is an individual. Just as there are people that don’t conform to any social structure, there are animals that just don’t desire to please a human or even want human companionship on any level. There are anti-social animals, just like people. One must recognize when they encounter that situation and accept it.

On the various pages and sections of this website you will find stories and examples of how this methodology of positive reinforcement and affectionate interaction has had a very positive effect on the lives of many animals with whom I’ve been privileged to share time and space. And, how it has blessed me with a life in which I’ve truly lived my dreams of living in harmony amongst the most worthy and admirable beings one could hope to encounter.

Learn More about My philosophy 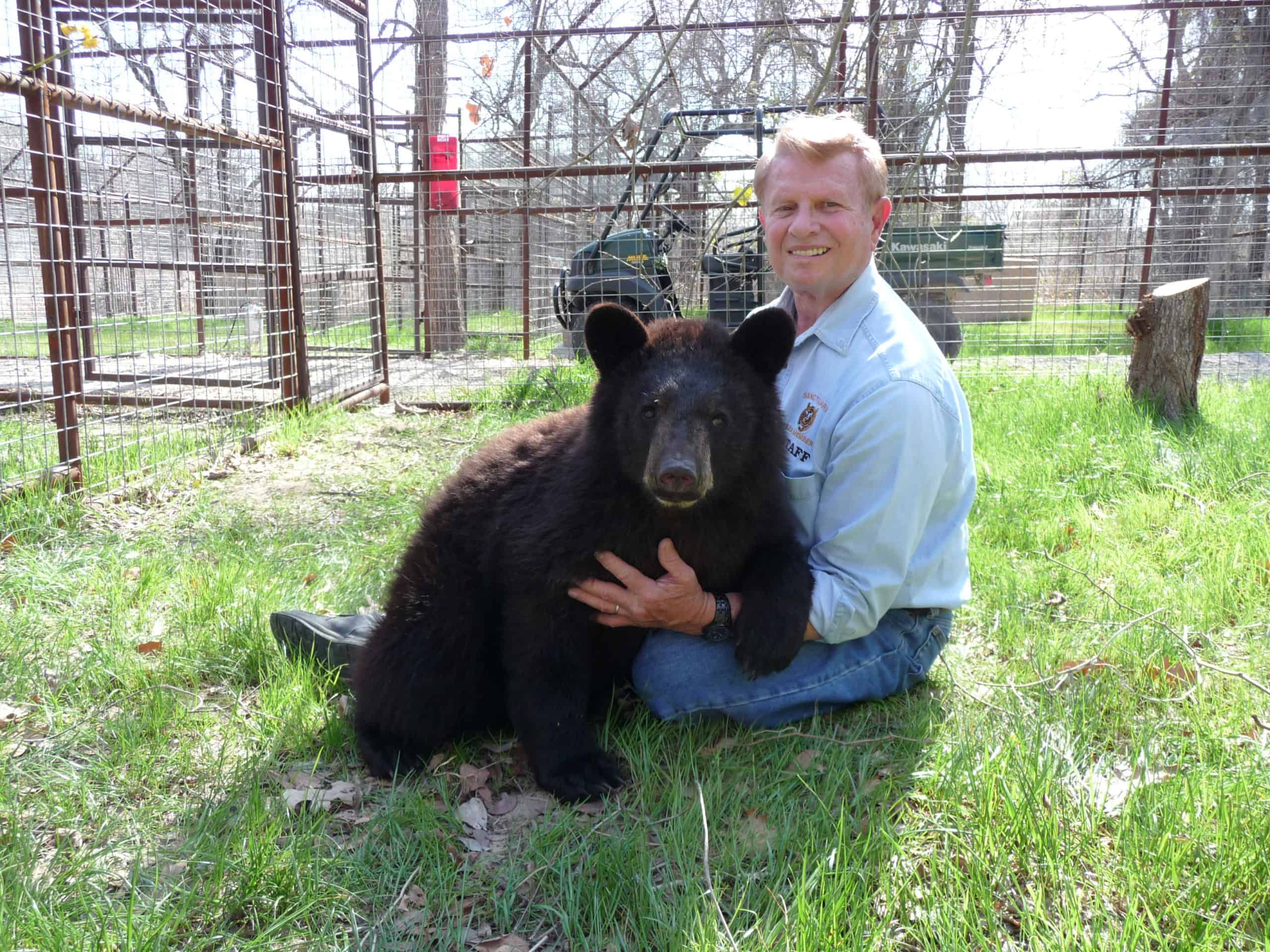 Stories From The Media 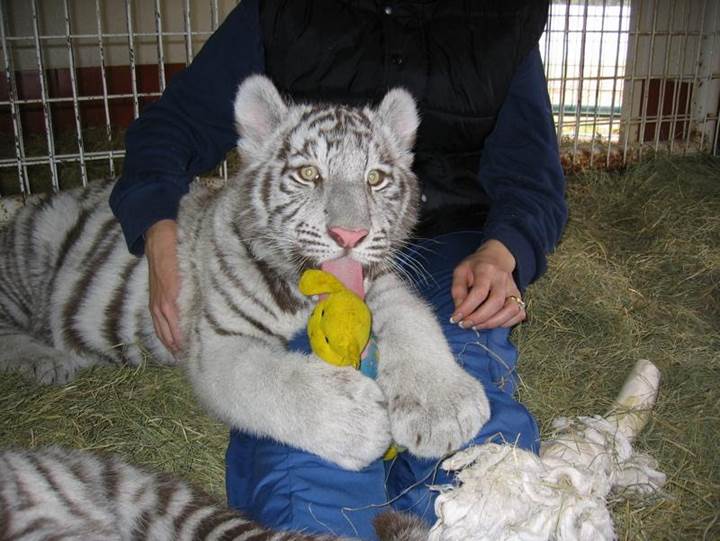 This article is primarily meant for the benefit of sanctuaries, zoos, and other professional animal caregivers. It is in no way meant to encourage individuals to obtain or own young tigers.
read article 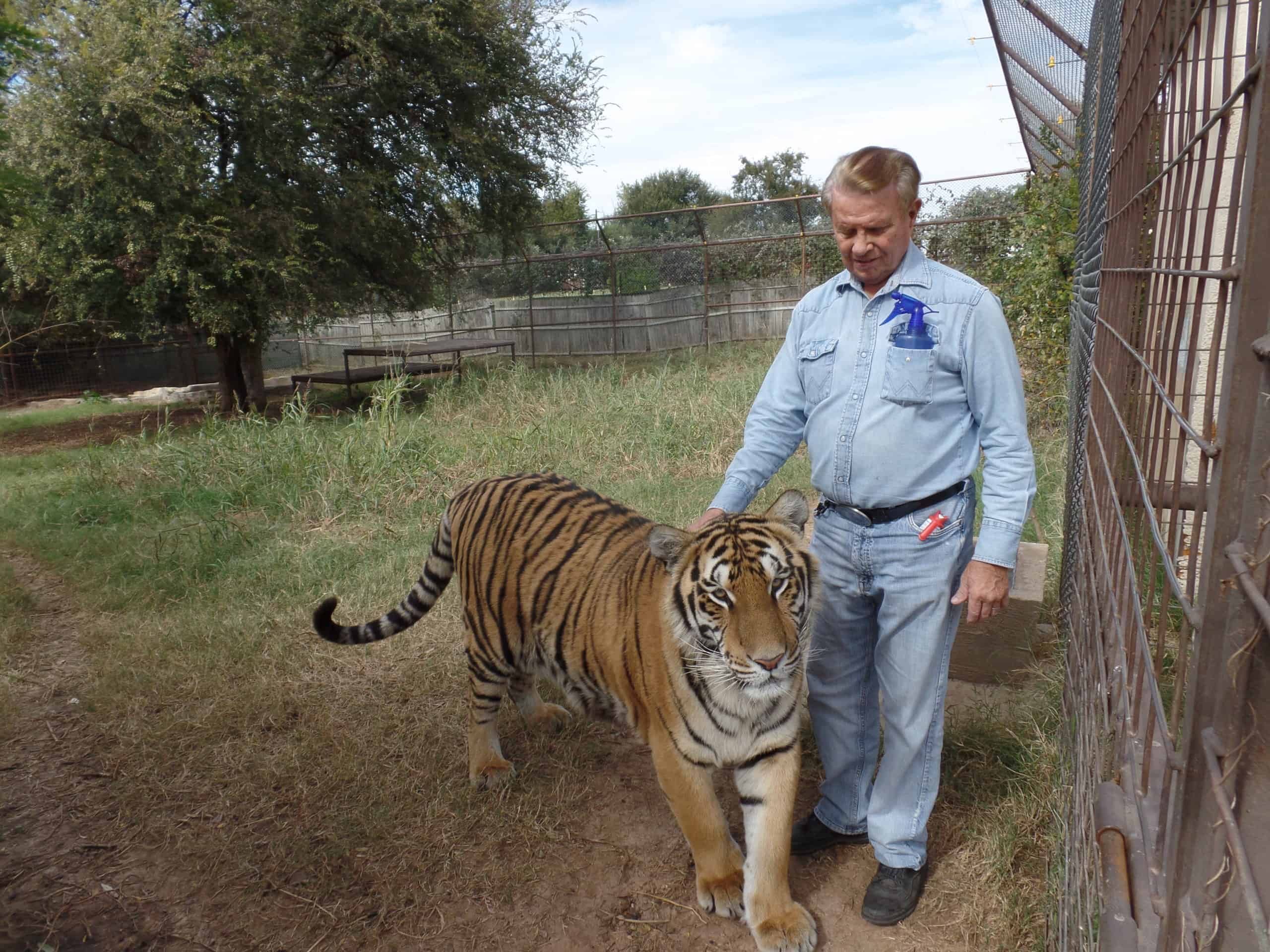 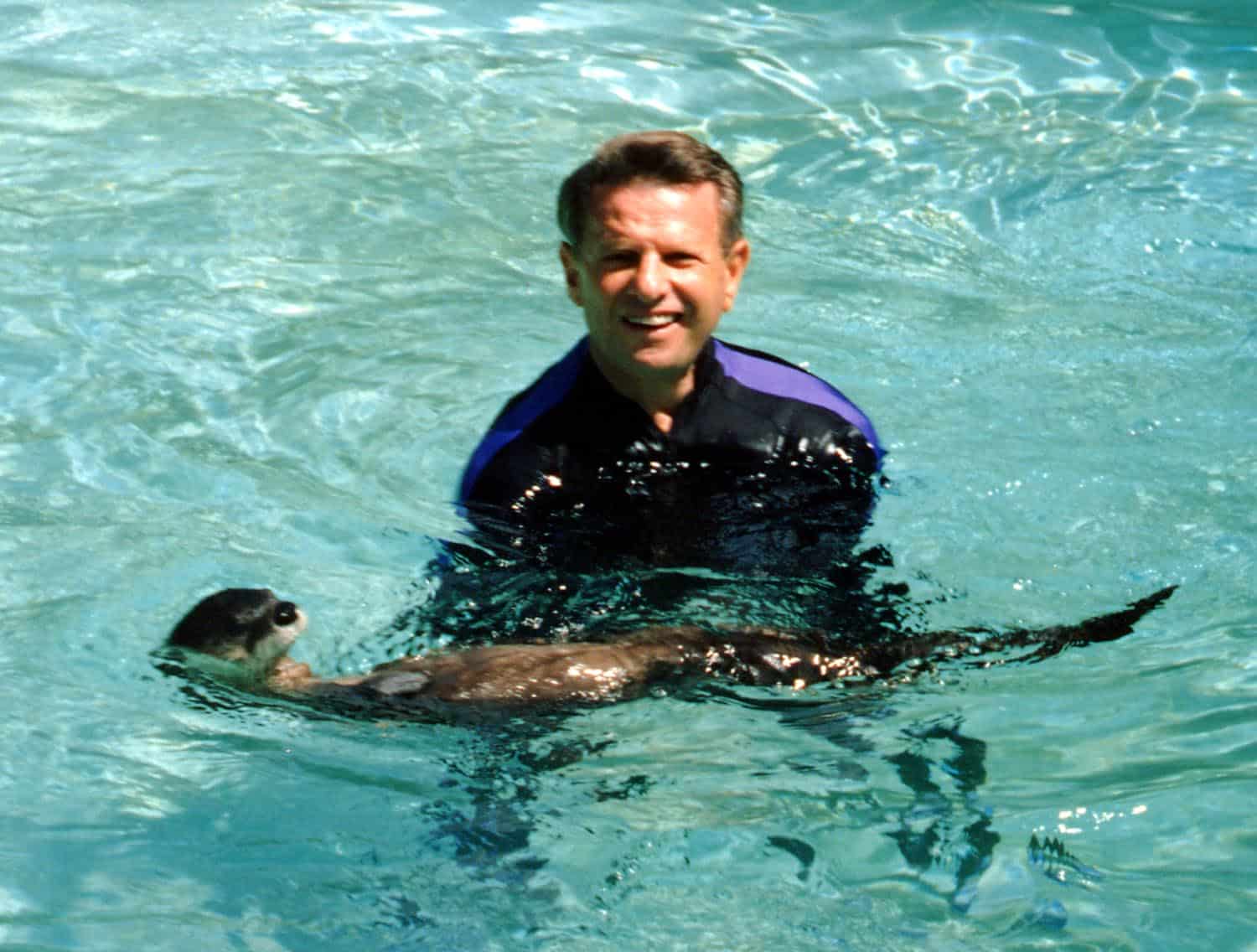 In Memory of Many Beloved Animals

The following Memorials are meant to memorialize the very, very special animals that have been in my life in the last few decades. These very special animals represented here with the accompanying remarks about them show the very deep and perpetual feelings I shared with these magnificent friends for too short a time. Without doubt, my life is abundantly richer for having been a part of my life to share time and space.